Katafanga Island is an island southeast about 30km from Vanu Balavu, 44 km east of Mago Island. Its area is 225 acres (91ha), length / width about 1.5km by 500m. It has a slight elevation of up to 45m. Katafanga Island is specific in that it lies on a 5,000-acre lagoon (2023ha), a former volcanic crater (so reminiscent of an atoll), which is almost intact and isolated from other islands (the easternmost part of Fiji), so there is no pollution and disturbance of the aquatic world. The island is at the same time both volcanic and coral origin. There is a lot of coral and water.

Otherwise, the lagoon is known for being bioluminescent, it glows in the dark when the water is disturbed at night. Dinoflagellate plankton – microscopic creatures responsible for the appearance of bioluminescence – also grow and multiply in a sheltered lagoon, making the waters a magical place for swimming or boating at night. That is why the island is often called the island of the blue lagoon. That is why they say that diving there is exceptional, and visibility in clear water is great.

The island is incredibly quiet, beautiful, it used to be a coconut plantation, so there are a lot of coconut palms. The island has excellent flashy white beaches, flashy blue water, coral heads near the beach that in the water personal to blue dots. The island even has a cave that has been explored up to 180m. The island has a runway, a dock for ships, buildings for workers and one luxury villa, which was supposed to mean what a luxury resort would look like. The island has about 6km of roads, there are animals such as pigs, goats, chickens. From the vegetation there are also bananas, breadfruit. Coconut crabs also live on the island.

There was an environmental protection program on the island in order to preserve nature. In addition to the existing infrastructure and natural wonders, Katafanga Island is planned to be 100% self-sustainable. Since there is a lot of coconut, the fuel on Katafangi should be based on coconut. This allows the resort to use unlimited biodiesel from completely renewable sources. Using a mixture of 20% diesel and 80% hydrogenated coconut oil is a simple process to convert cars and generators into fuel. In addition, the good location of the island, in the middle of trade winds, allowed the developers to place a large wind turbine on the highest point of the island. Next on the list is a plan for installing a solar roof. The combination of these three energy sources will allow Katafanga to be completely independent and practically 100% carbon-free.

But an island like this is not without its problems either. Construction began on the island, and for some reason (fight for rank, power, influence, fight for the island) they ended up in court, and many things were stopped. Of the 20 planned villas, only one was completed, in 2011, in the hope that someone would see what it looked like and buy the island (that villa is fantastic to be fair). The skeletons of buildings in tropical weather conditions remained.

In 1996, John and Shelley Miller bought the island, and began construction. Christian Jagodzinski acquired a 50% ownership stake. The invested money was used for the development of the island. They brought him in 2000 as an investor. In 2005, the project went beyond the budget, and Christian Jagodzinski still invested money and became the majority owner. Then problems, quarrels started and the case ended up in court for years. In 2009, the court granted Jagodzinski ownership of the project, and then he restarted the project at his discretion.

Also, if you look at the two pictures, you will see the machinery on the left, and the same machinery on the right, just overgrown with vegetation! Someone left it outside for years instead of simply bringing it inside. And over the years, it all grew, the weeds destroyed both the machinery and the hanger, which was also not closed. The left picture is from 2008 when the island was put up for sale, and the right is from 2011. Metal rusts outside, tires, residual oil / fuel … It’s not very friendly to the environment 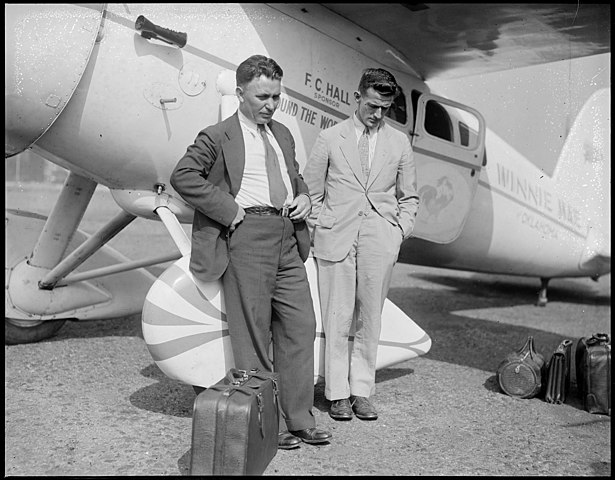 Harold Gatty, an Australian navigator and aviation pioneer, who set the record for aerial circumnavigation of the world back in 1931, also served in airforce during WWII. After the war was over, he settled in Fiji. There, he had an island and found Fiji Airways (later known as Air Pacific). But, first name of the company was Katafaga Estates back in 1947! Yes, it was on this island. And later, the first commercial flight as Fiji Airways was made in 1951, and name got renamed! This island has a nice history!

Katafanga is a Tongan word that means smiling beach. Katafanga Island has been on sale for a very long time. For some unknown reason to me, it is not sold yet, despite being the truly rare gem of the Fiji and Pacific Islands. It has been on market for over 10 years I think (since 2008 as far I remember). In various places which sell this island you can still see ,,A timeless and rare opportunity to own one of the last freehold islands in the South Pacific paradise of Fiji. Katafanga Island, also known as the Blue Lagoon, is strategically encircled by a natural 5,000 acre turquoise blue lagoon, and breathtaking sugar white beaches.” well, they are right!

Katafanga has some old videos (since 2008, a glimpse from the past), so you can check, then you will get the link to our large Katafanga Island Gallery album:

That is it. I hope you liked this post. Now time for our large gallery.

>>HERE IS OUR HUGE KATAFANGA ISLAND GALLERY! CHECK IT OUT! MORE IMAGES OF THIS AMAZING ISLAND HERE https://tropicalislands.net/katafanga-island-gallery/<<