To understand the problems and damage to ecosystems on atolls, we must first see what an atoll is and how it is created. 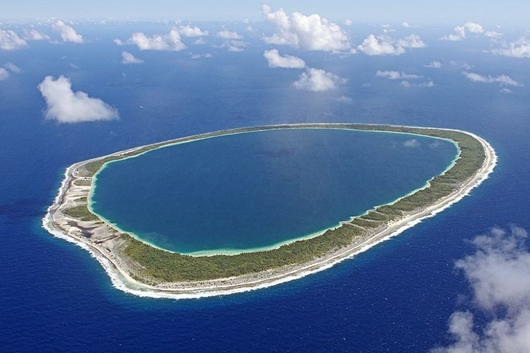 An atoll is a coral reef that is usually oval, circular in shape. The atoll usually contains coral sediments (deposits) with lush tropical vegetation that make the islands lined up on the ring of the atoll depending on its shape. That ring usually surrounds the lagoon.

A lagoon is, by definition, shallow water that is separated from deep water by reefs or sandy deposits. It is usually different in color from deep water. 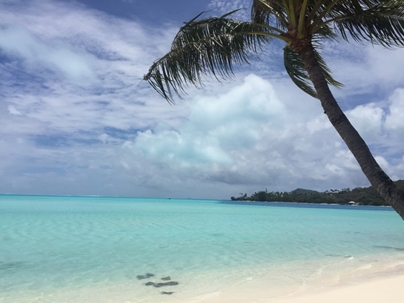 (An example of lagoon in Bora Bora, French Polynesia)

An atoll is formed when a volcano, due to a natural process, moving the tectonic plates, drops slowly downwards, and as it sinks, a ridge barrier is created at the height of the water, which grows more and more along the lines of the volcano as it sinks, until there is usually a ring associating that was once a volcano crater. 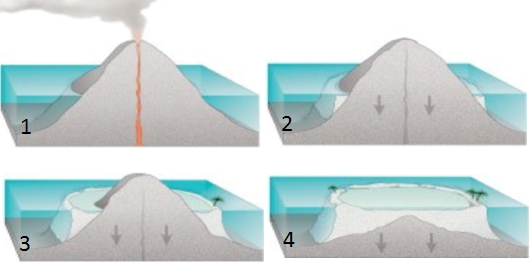 Charles Darwin portrayed the creation of Atoll, a theory that has been accepted as accurate in science.

Atolls are created in tropical and subtropical regions. Most are in the South and Central Pacific, Indian Ocean and some even in the Caribbean.

Being of limestone origin, they have a lot of coral reef in the water on and around their lagoons. Corals are very important because they contain many fish, crabs, sharks, where marine life takes place, corals purify water, air and provide food for many species. Without them, there is no marine life.