Corals (Anthozoa) are incandescent bulbs that have only the form of polyps, solitary or colonial, but always sessile (attached to the substrate). Their body is cylindrical in shape with a mouth opening in the shape of a crack around which the tentacle wreath is. The oral opening is located at the free end and continues to the gastrovascular cavity.

The shape is most often reminiscent of a branched tree, thanks to which they were known as sea trees in ancient times. In addition, as with trees, they grow with age as they grow.

Coral forests, spruces and atolls represent the ideal habitat for the underwater world of tropical and subtropical seas. They are home to a variety of fish, starfish, algae. By negligence, the carelessness of man, the world becomes seriously endangered.

Global warming, caused by environmental pollution, is taking its toll on corals as well. Corals are very sensitive to temperature fluctuations and prefer warm seas. In warm seawater, corals are simply cooked to reject algae, which feed on them, causing them to turn white and die. Such lifeless corals are also abandoned by animals that have found food and shelter there.

In recent years, there have been frequent warnings from scientists that corals are dying in some places, both due to climate change and human activity and pollution. And the coral is most abundant in the Pacific because it is the largest ocean, and isolated to some extent by humans and industrialization. Back in 2002, The Global Coral Reef Alliance stated that even then, corals were dying out because of the enormous heat and the rapid rise in water temperature. And this is still happening today, which is why many scientists, associations and organizations make every effort to protect corals as much as possible. Because if corals die, they bring with them their surroundings as well. 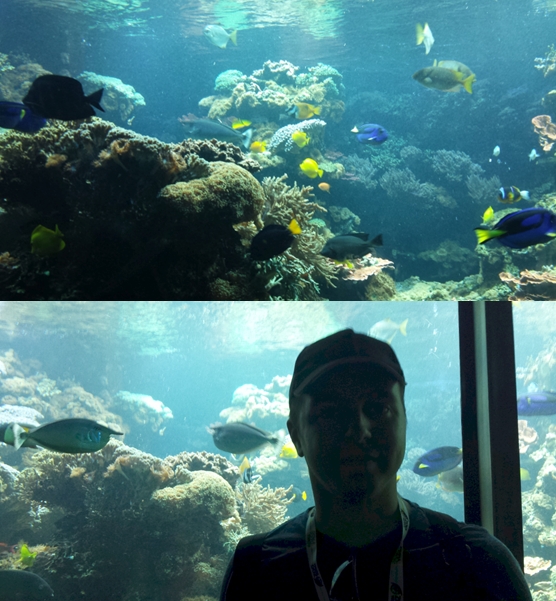 A picture which I shot at Vienna’s zoo. We see corals and plenty of fish.