Atolls always have a lagoon, reef with or without islands. They can also be partially submerged. The lagoon can be opened and closed. An open lagoon has one or more aisles that supply water to the lagoon. There are various fish passing there, and people use it for navigation, if the passage is deep enough.

If the lagoon is closed, there is no passage, the water is poorly fed through the atoll, and a hypersaline lagoon is created there, which has plenty of salt. 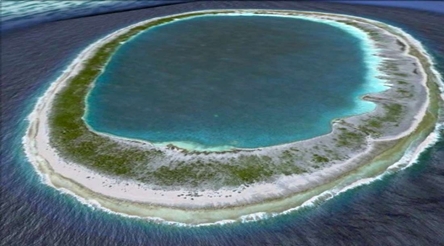 The length, width of the atoll, the islands on it, as well as the nuances of the water, vary depending on what the volcano used to be, what its shape, how it was formed, its contents, properties, etc. They are usually circular ring atolls, but there are many different shapes, irregular, triangular. Small two and a half miles in length to over eighty.

Water colors generally depend on the reefs, the amount and type of sand, algae and microalgae that add color to the shade, as well as the depth of the water itself. Also, one of the main reasons for the color of water is its constituents. 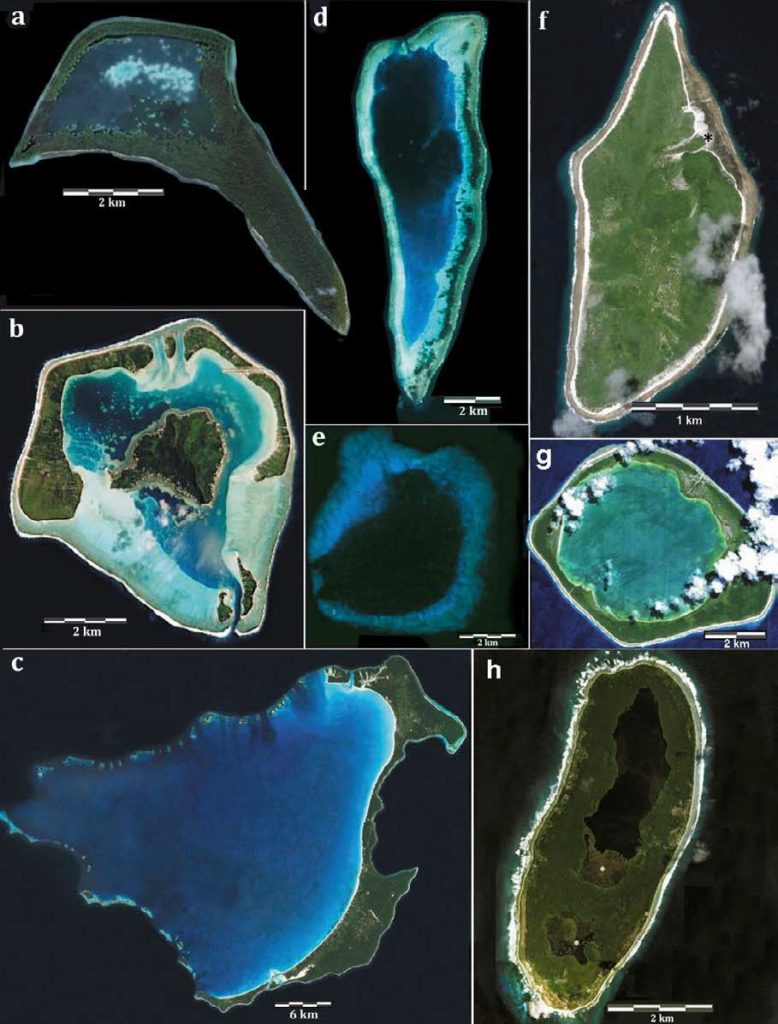 Here are some different forms of atolls.

H. Teraina, one part of the lagoon is full of deposits and ingrown, Kiribati

As we have seen, there are various types of atolls. Most are round, with islands, but there are those submerged, underwater, where there are no islands but only a reef (in Fiji, there are most). There are also many submerged (Papua New Guinea, Coral Islands in Australia, Marshall Islands, Solomon Islands). There are also former atolls where the channel and lagoon filled with sand, and have grown (mostly in French Polynesia). There are also plenty of examples in the Central Pacific (Kiribati) where atolls have developed isolated hypersaline lagoons, with colored water, and even freshwater lagoons! Some atolls even have a “lagoon in the lagoon” phenomenon that used to be two craters close to each other, so now they have nearly joined lagoons, separated by reefs and islands (for example, Blue Lagoon in French Polynesia).