Another disaster happened. A devastating earthquake with a magnitude of 7,2 hit Haiti on Saturday. As for now, it is confirmed that 1297 people died in the quake. People in Haiti are still searching for the missing in the ruins because the exact number of missing and injured is still unknown. The prime minister of that island state declared a one-month state of emergency. And more than 5700 people were injured, with many of them are in hospitals now, overwhelming them. Many countries sent help to Haiti, and Pope Francis prayed for the people of Haiti.  ,,May the solidarity of all alleviate the consequences of the tragedy!”, he emphasized. According to the United States Geological Survey, the earthquake’s epicenter was about 125km west of the capital of Port-au-Prince. US Geological Survey also estimates high casualties and widespread disaster with over 12000 buildings or damaged or destroyed. For now, it is classified as the deadliest earthquake and the deadliest natural disaster of 2021. 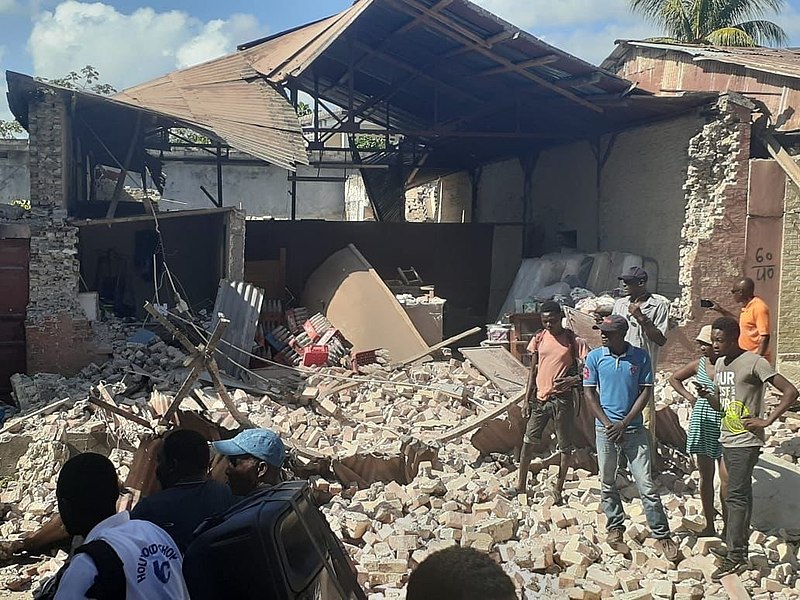 And it is not all! it is not finished yet. As this heavy disaster is not enough, new one is approaching, tropical storm Grace! Tropical sotrm Grace is expected to pass over the worst affected area later on Monday, and is expected to even enhance damages caused by earthquake, by creating slides, due to heavy rainfall which may occur! Also, roads were already made impassable by the earthquake, and could be even further damaged by the rains, which can slow down aid to affected regions!