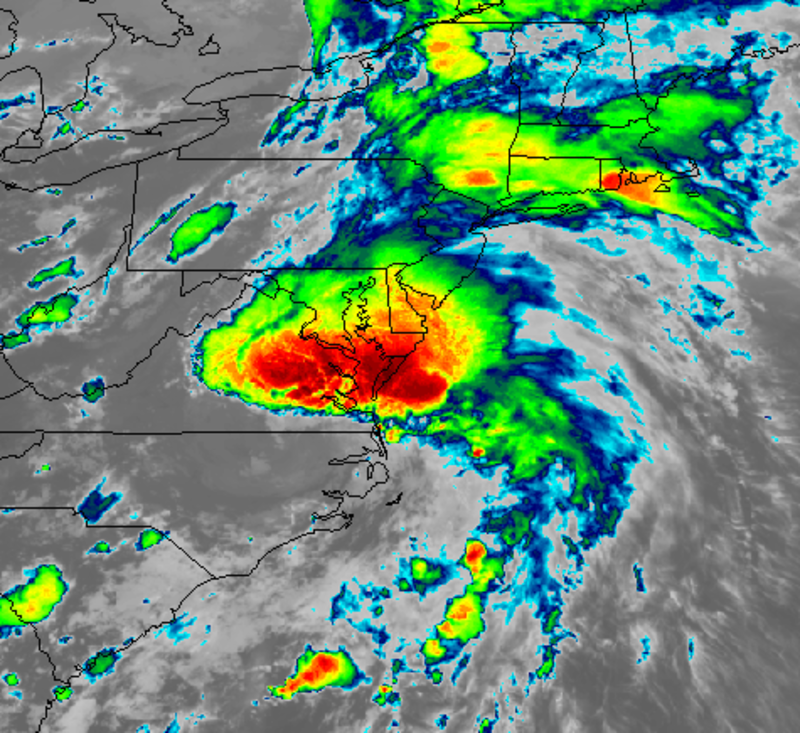 Hurricane Elsa is a currently active tropical cyclone affecting parts of the Caribbean and the southeast USA. At least 4 people were killed by Elsa across the Caribbean so far.

Hurricane Elsa is the first hurricane to hit Barbados in 66 years. On Barbados island, the Elsa caused widespread power outages, brought down trees, damaged roofs, and caused flooding. Winds of 120 km/h were recorded in Barbados.

In Saint Lucia, a roof collapsed and trapped an elderly couple, both required rescue. The storm caused some power outages, because of trees, branches, and other debris falling on power lines.

In Saint Vincent and the Grenadines, over 40 homes were heavily damaged, alongside three police stations. They also reported big losses in agriculture and livestock.

Trinidad and Tobago were not directly impacted by Elsa,  but still, severe weather as the result of the hurricane  affected the country. Heavy rainfall and winds caused flood and damaged trees across the islands.

In the Dominican Republic, strong winds caused by Hurricane Elsa caused walls in houses to collapse, killing two people separately. There also were floods which caused local evacuation.  There were also reported waves 3,5-4,5m in height, which washed debris ashore.

In Venezuela, heavy rainfall from Elsa caused floodings,and one man was killed when the tree collapsed.

Now, the hurricane left Jamaica shore and is approaching Cuba. It is near Cabo Cruz. Cuban authorities have evacuated 180 000 people for fear that a tropical storm approaching the country’s coast could cause heavy rains and floods. Authorities have provided shelter for the people. The storm will then go to Florida, where a state of emergency has already been declared in 15 counties.