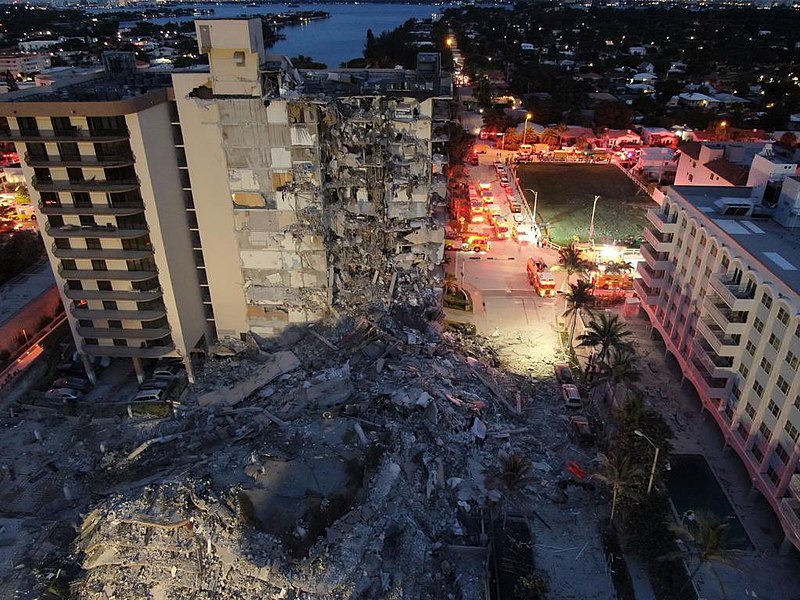 On June 24, 2021, a 12-story beachfront condominium in the Surfside, (Miami’s suburb) partially collapsed. It was a great tragedy as many people lost lives and got hurt. As of today, July 12, it has been confirmed a total of 90 dead people, 11 injured, and up to 31 unaccounted for so far. One person was rescued from the rubble, and about 35 people were rescued on June 24 from the uncollapsed part of the building. That remained part of  the building was demolished 11 days later as a safety precaution due to the approach of Hurricane Elsa (which we covered here as well https://tropicalislands.net/hurricane-elsa-approaches-cuba/) .

It has been considered as the main factor of collapse that long-term degradation of reinforced concrete support structures in the underground parking garage due to water penetration and corrosion of the reinforcing steel caused this. Those problems had been reported back in 2018 and noted even as much worse in April 2021. A $15 million for works had been approved at the time of the collapse to fix issues.

Surfside is an Atlantic Ocean coastal community located on a barrier island along the southeast coast of the Florida peninsula in Miami-Dade County. The population was 5,744 at the 2010 census.