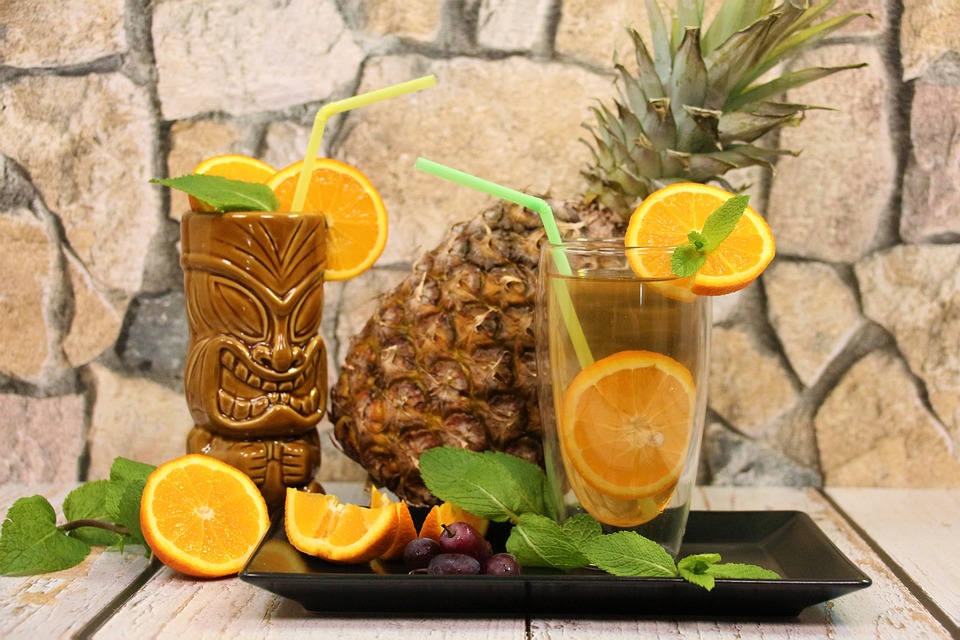 You heard about tropical parties. Maybe you were present into one. Then you noticed that there are people dressed mostly in tropical dressings (Hawaii shirts for example), the ambiance or interior is tropical (tropical leaves, palms, fruits, decorations…), drinks as well (juices from exotic fruits or cocktails), and themed music. There is also often one detail, it is famous tiki mug where people drink from. This all combined make nice tropical party and feeling.

Most of these are associated with tiki culture. And it came from tropical islands as well. More precisely from the tropical Pacific.  Tiki culture is a motif of exotically decorated bars and restaurants that features some elements and associate to tropical regions of the South Pacific. Featuring artificial tiki carvings and various exotic alcoholic drinks, it eventually influenced that many other parts of the world (mostly USA) adapt it.

Starting in California in the 1930s and then spreading around the world, tiki culture was inspired by the mysterious South Pacific in that time ( Hawaii, Polynesia and Oceania). It is considered that one of the earliest and perhaps the first of what is now known as a tiki bar was named “Don the Beachcomber”. It was created in Hollywood in 1933 by Ernest Gantt (who later legally changed his name to “Donn Beach”). The bar served a wide variety of exotic rum drinks and it displayed many artifacts that he had collected on earlier trips through the tropical regions.

Tiki culture was massively spread after World War II. Hundreds of thousands of Americans served in Pacific Islands during WWII, and they were in contact with local culture, tradition and environment. When they went back home after the end of World War II in 1945, they brought with them stories and souvenirs from South Pacific Islands.

Additionally, the famous Thor Heyerdahl’s 1947 Kon-Tiki expedition and its award-winning film helped to promote tropical exploration and South Pacific. Importantly for tiki culture, it successfully promoted the word “tiki” into American and other western countries on a large scale. Moai (Easter Island statues) also became iconic and more popular after the publication of his book Aku-Aku.

And now, tiki bars are popular as well. They are scattered around the world. People even have the opportunity to buy or create custom small tiki bars for their garden, designed for various tropical-themed events.

Tiki mugs are ceramic cocktail drinking mugs that originated in tiki bars and tropical-themed restaurants. Tiki mugs vary in size, but are usually large. They resemble Tiki totems, as seen around Pacific Islands, mostly in Polynesia. Although tiki cups are most often in the shape of a Polynesian idol, engravings and other symbols can be presented, such as the Hawaiian girl, and Asian symbols …

Those ,,real” tiki mugs (which some people consider) which resemble tiki carvings, did not come to USA until 1950s. Tiki mugs in the shape of Easter Island statues (moai) are also among the most common, fueled mostly by the popularity of Thor Heyerdahl’s 1947 Kon-Tiki expedition and his 1957 Aku-Aku novel.