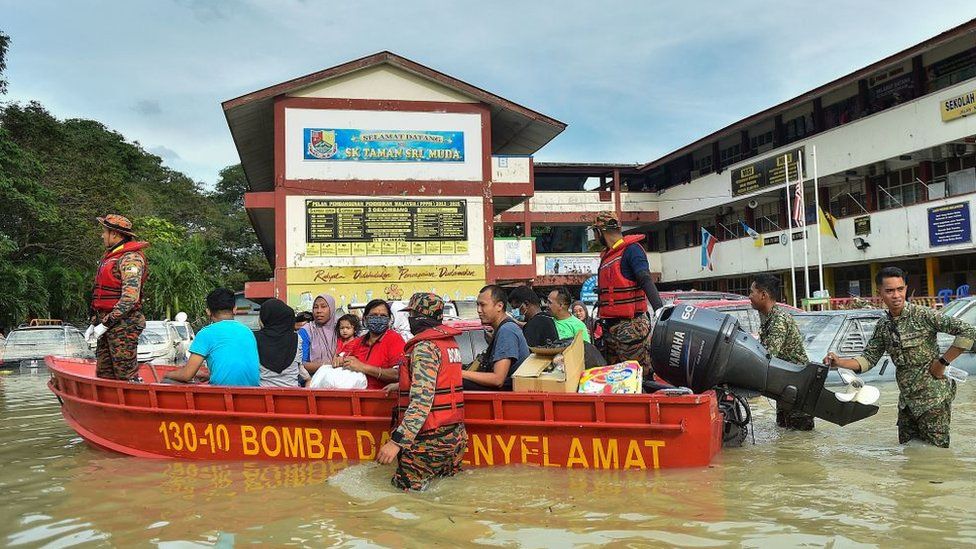 According to this BBC article https://www.bbc.com/news/world-asia-59723341 heavy rains, which have been going on for several days, caused major floods in eight Malaysian states over the weekend. At least 14 people have been killed and tens of thousands displaced after one of the worst floods to hit Malaysia in recent years. One of the worst affected areas is the state of Selangor, which surrounds the capital Kuala Lumpur. They say that the region has not been affected like this since 1971.

As it is stated, cities and villages were flooded, and the Government of Malaysia was under great criticism because it did not react in time. An estimated 51,000 people have been evacuated from their homes since Monday. Several people have been reported missing, and there are growing fears that the death toll could rise.