Like pandemic is not enough, and few of the island countries in South Pacific experienced from dangerous cyclone as well!

From April 1 was formed category 5 tropical cyclone named Harold. It affected Solomon Islands, Vanuatu, Fiji and Tonga. Its full power lasted for about 10 days, then it got weaker. It caused destruction, floods and damage across its path. It was strong about above 275 km/h (170 mph) in some places. 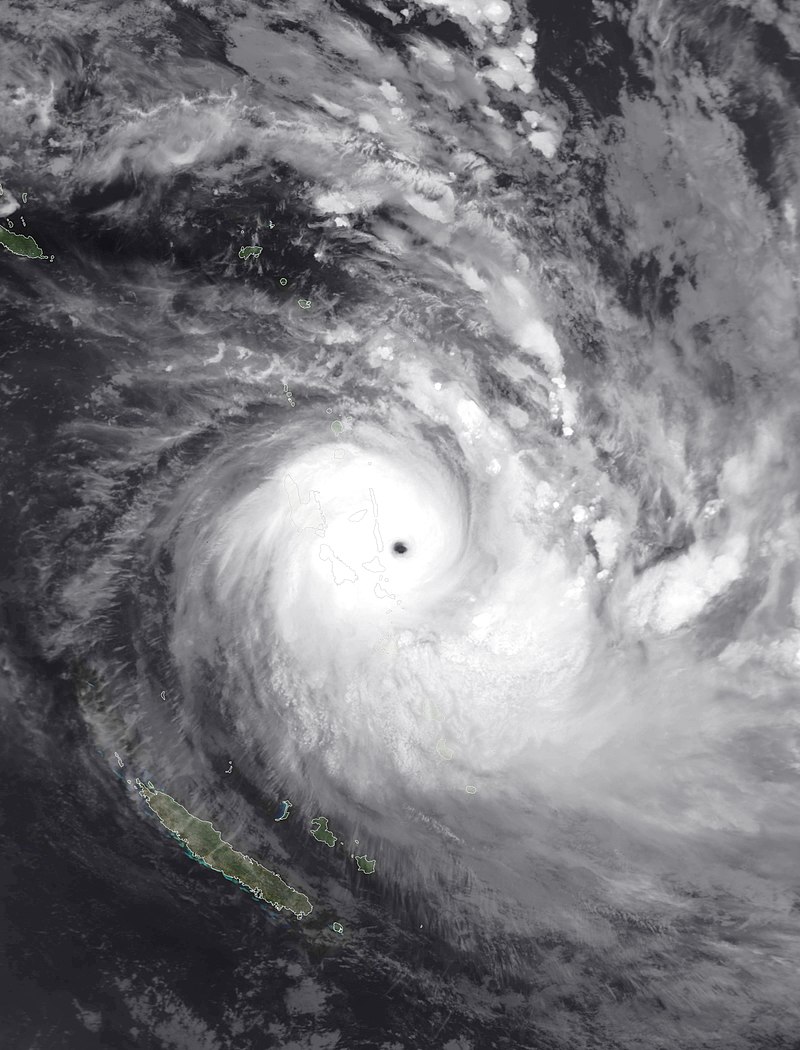 An estimated 100,000 to 150,000 people in the Solomon Islands experienced Harold’s wind, rain, and storm surge. The National Emergency Operations Center indicated that 57 houses were destroyed and another 20 were damaged. Seven classrooms were also destroyed. Falling trees and branches resulted in widespread power outages.

Approximately a third of Vanuatu’s population was said to have been impacted by the storm across the islands. Ships were grounded on the shores of the islands by the rough seas.Extensive defoliation and flooding occurred across northern Vanuatu.Water shortages and power outages began affecting cities, prior to Harold’s landfall. Heavy rainfall also threatened the contamination of water supplies and washing out crops and roads, especially in low-lying areas. Approximately 50–70 percent of buildings in the city were damaged, about half of homes suffered significant damage.

Heavy rainfall flooded several communities across Fiji. Roads were blocked by fallen trees, floodwaters, and landslides. Rivers overflowed their banks, submerging a highways and a bridges. Houses were razed injuring several people. Crops were uprooted from farms by the winds. Power outages stemming from downed power poles and lines affected much of Fiji’s Central and Western divisions. Even a tornado hit a few places on the morning of April 8, unroofing homes, uprooting trees, and felling power poles. Many houses were badly damaged and some people were injured.

Power outages began affecting parts of Tonga due to falling trees caused by the storm on April 9.  The storm caused heavy rains and winds, damaging food crops and water supplies in some places. Some tourist resorts were destroyed; their beach-side cottages, events complexes, and residences were razed by the storm surge. Some houses were unroofed and electricity was lost throughout the islands.

Here is an example of how it looks:

Espiritu Santo and Malo Island (left) 2 weeks before Harold, and the same islands (right) 2 weeks after Harold, showing heavy deforestation around the coasts with the previously lush landscape turning brown.

And all of this while nations are battling coronavirus. Luckily, there are not many people infected and died because of coronavirus (18 cases so far in Fiji), but all countries took measures and locked themselves to protect themselves. Their economies are struggling because of paralyzed tourism, which is one of vital money income. And while battling global pandemic, they also got hit by this heavy cyclone, making the situation worse!