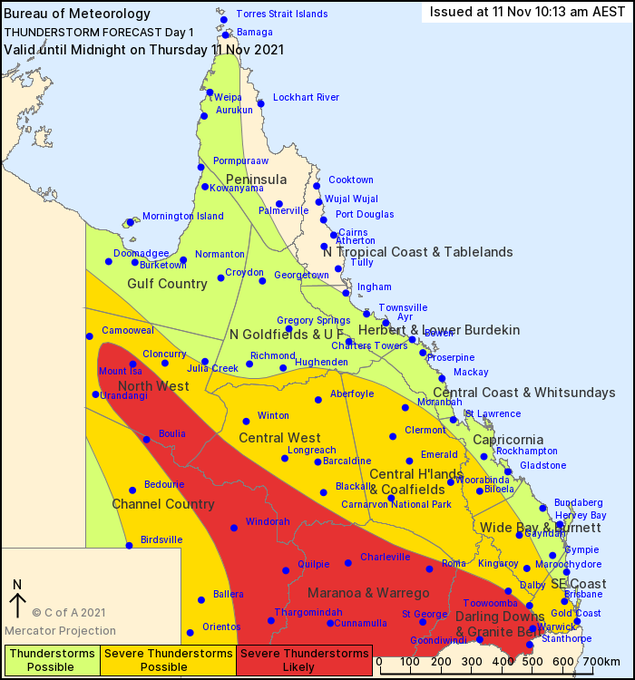 Australian Government issued warnings about heavy rainfalls and floods around various parts (Queensland and New South Wells the most) http://www.bom.gov.au/nsw/warnings/flood/floodwatch1.shtml

According to the Guardian https://www.theguardian.com/australia-news/2021/nov/11/warnings-of-life-threatening-flooding-in-queensland-and-nsw-after-deluges-trigger-emergency-rescues and other relevant media, heavy rainfall two days ago affected those regions and caused a lot of floods when rivers were overwhelmed by lot of water. The low air pressure field has emitted 50 to 150 millimeters of rain in some areas of the state of Queensland and New South Wales since Thursday, which is one of the largest amounts in previous years, the Australian Meteorological Office announced. The State Emergency Service has already received more than 250 calls for assistance. Flash flooding warnings were issued for multiple areas in NSW, and some towns are already prepared for upcoming bad weather.