,,Fiji, the hearth of the South Pacific. A perfect paradise situated halfway between North America and Asia” The Republic of Fiji is an island nation in Oceania. The capital is Suva. It is located in the southern part of the Pacific Ocean, in the belt of Melanesia, east of Vanuatu, west of Tonga and south of Tuvalu. The archipelago consists of 332 islands with a total area of ​​18,333 km. The total area of ​​the territory is about 194,000 km2 (of which 10% is land). Of the 332, about 110 islands are inhabited. About 912,000 people live in Fiji. The majority of the population lives on the shores of the island of Viti Levu, mostly in the town of Suva or smaller places such as Nadi, where tourism is the main industry, or Lautoka, where most of the sugar cane production takes place.


The main islands are Viti Levu (10,429 km²) and Vanua Levu (5,556 km²), which make up almost 90% of the country’s surface. Most of the Fiji Islands are of volcanic origin, while they are smaller coral. They were formed about 150 million years ago, and covered with dense tropical forests. The highest peak is Tomanaivi (old name Mount Victoria) with 1,324 meters on the island of Viti Levu.

Fiji has a tropical hot and humid climate with temperatures ranging from 16 to 32 ° C. In the rainy season (November to April), tropical cyclones of the South Pacific rule here. Statistically, in 10 years, 2-3 strong hurricanes cause great damage to Fiji. In the winter months (May to October), southwest winds bring colder weather. At this time of year there is a lot of precipitation on the southeast coast of the island of Viti Levu. Over two thirds of the surface of Fiji is under forest.

Fiji has one of the better developed economies in the Pacific, mostly due to the large amounts of forests, fish and minerals. Today, most income is generated by tourism and sugar exports. The capital Suva, on the island of Viti Levu, is also the main port. Fiji is known for its crystal clear waters, coral reefs and sandy beaches, which is why it attracts tens of thousands of tourists a year.

Fiji was hit by Hurricane Winston, category 5, on February 20, 2016. The hurricane destroyed tens of thousands of houses, 44 people lost their lives, and the total damage was estimated at one billion US dollars. In some places, in the center of the hurricane, about 80% of the islands with all the infrastructure were destroyed. It is an unprecedented storm that has done dangerous damage to this state.

Also, as I wrote here https://tropicalislands.net/a-double-treat-coronavirus-and-cyclone-in-the-south-pacific-during-april-2020/ in April 2020, both Cyclone Harold and coronavirus affected Fiji. Cyclone Harold did some damage in Fiji. Coronavirus luckily did not hit Fiji hard, as they had 18 cases and no deaths, but due to country and almost whole world lockdown, it was catastrophic for their tourism sector. It will take year minimum to recover.

In addition to tourism and sugar, Fiji is also known for the brand “Fiji Water”, a volcanic quality bottled water that is also exported worldwide. That water has a unique mineral profile that gives the water its smooth, soft taste.

Fiji has the most tropical fruits such as coconut, bananas, papaya, pineapple … which makes up a significant part of the cash flow as well.
Among the animals, there are also tropical birds, lizards, snakes, crabs, many species of fish and sharks, with the proviso that the fruit bat is popular in Fiji, a species that lives only in those areas.
By the way, the problems in Fiji are, apart from the storm, too much fishing, construction of resorts and hotels on the islands, cutting the jungle … 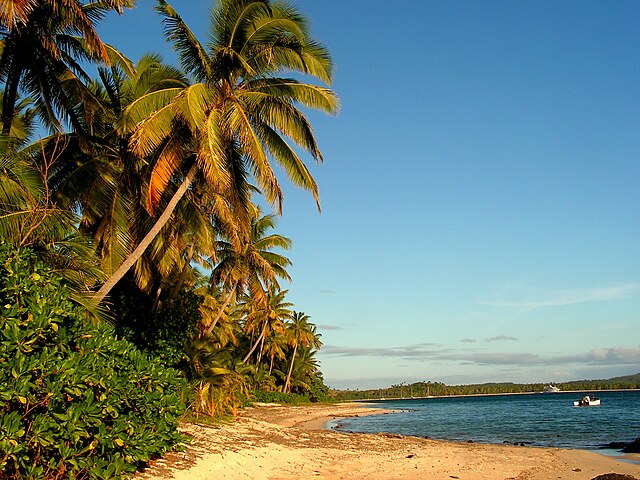 By the way, the terrain in Fiji on the islands literally varies. While some island states are known for certain features (Maldives are flat islands with coral reefs around, Tuvalu and Tokelau are atoll states, some states do not have an atoll …), Fiji has all the features. It has all the possible systems we can see, from “Maldives style” flat islands, islets, broken islands, hilly islands to atolls! (Technically, there is only one “real” atoll in Fiji, which means that there are many others that act as atolls but are not exactly atolls), with Fiji having a huge number of underwater atolls (just a reef under water, but still full of coral and fish). There is even a case of a bioluminescent lagoon (a lagoon that glows in the dark thanks to various organisms). 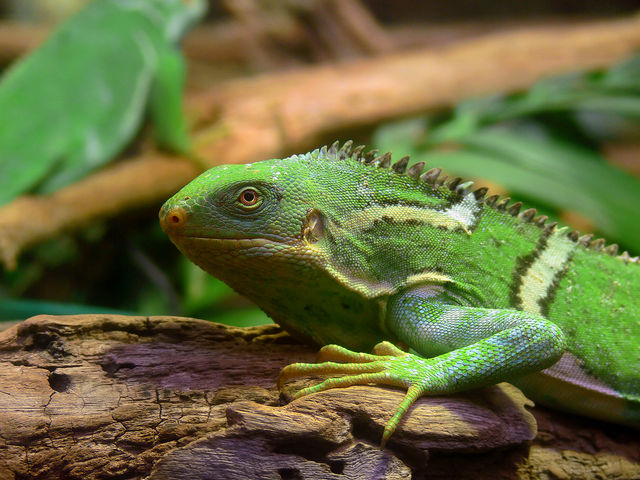