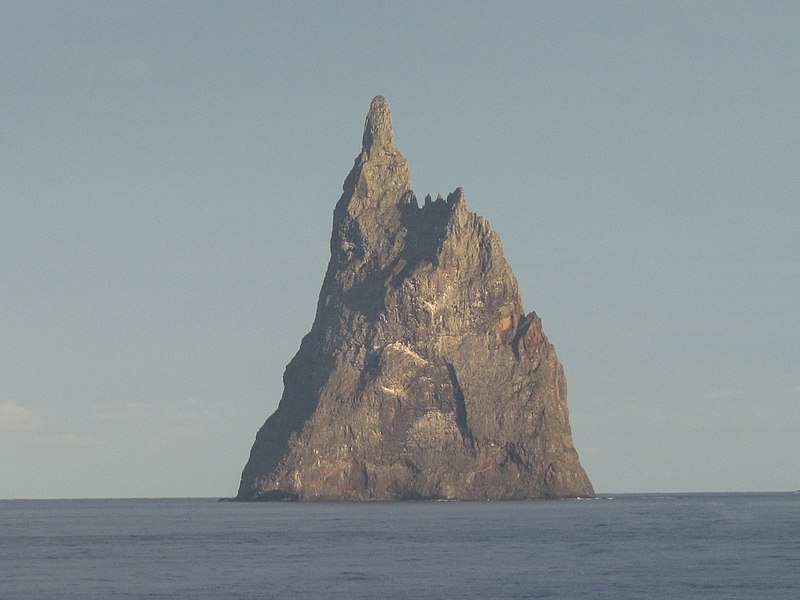 Ball’s Pyramid is the erosive remnant of a volcano. It is 562 meters high, while only 1,100 meters long and 300 meters wide, making it the highest volcanic stack in the world. The awkward shape, the restless sea that surrounds it makes it алмост inaccessible to humans. Ball’s Pyramid is part of the Lord Howe Island Marine Park in Australia. It   is over 643 kilometres (400 mi) northeast of Sydney, and is about 23,5 km south east from Lord Howe Island (from it’s southern shores). https://tropicalislands.net/lord-howe-island/ Melaleuca howeana, commonly known as tea tree, is a plant that is endemic to the Lord Howe Island group, and even grows on this rock. It is common, especially in sites exposed to salt environment such as on the seashore and sea cliffs but also on ridges inland.

The island is home to the last known wild population of insects from Lord Howe Island (Dryococelus australis). It is called a live stick, stick insect or tree crab and is considered the rarest insect in the world. It can grow up to 20 cm, after the last sighting of insects on Lord Howe Island in 1920, it is assumed that the species is extinct. It was rediscovered in 2001. In 2014, an unauthorized climbing team saw live rod insects in an exposed position 65 meters below the top, and there were plenty of them. The insects have been bred in captivity and returned to Lord Howe Island. 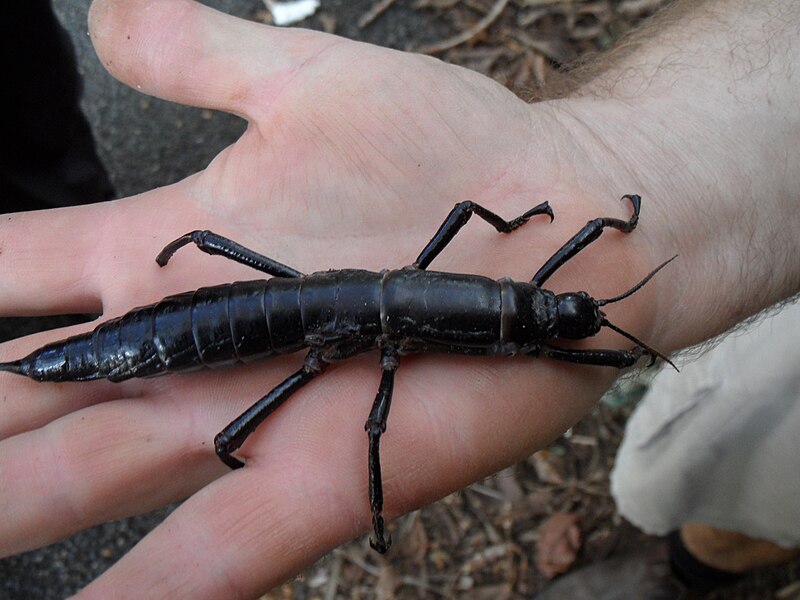